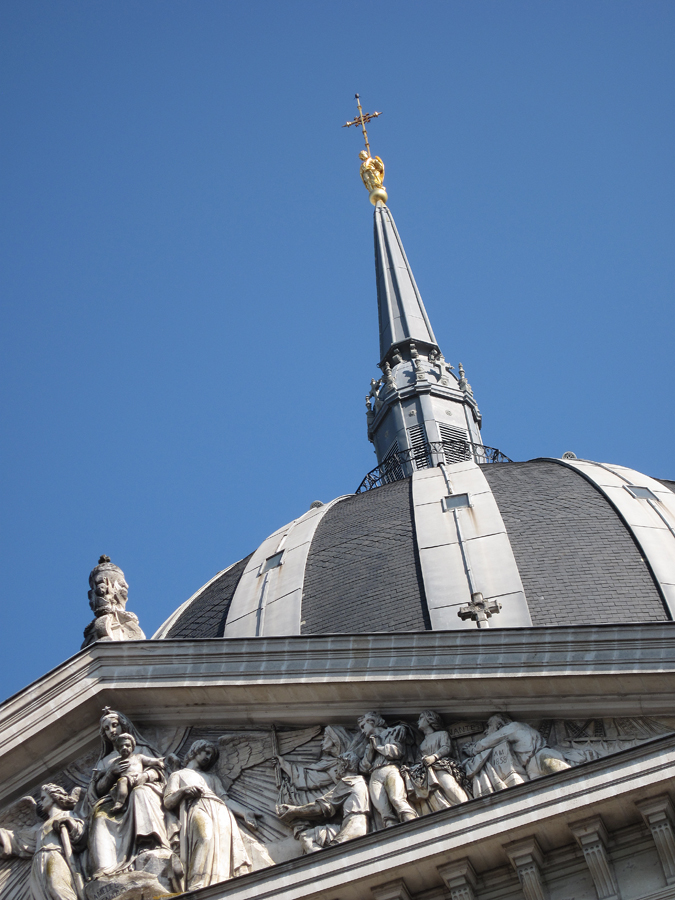 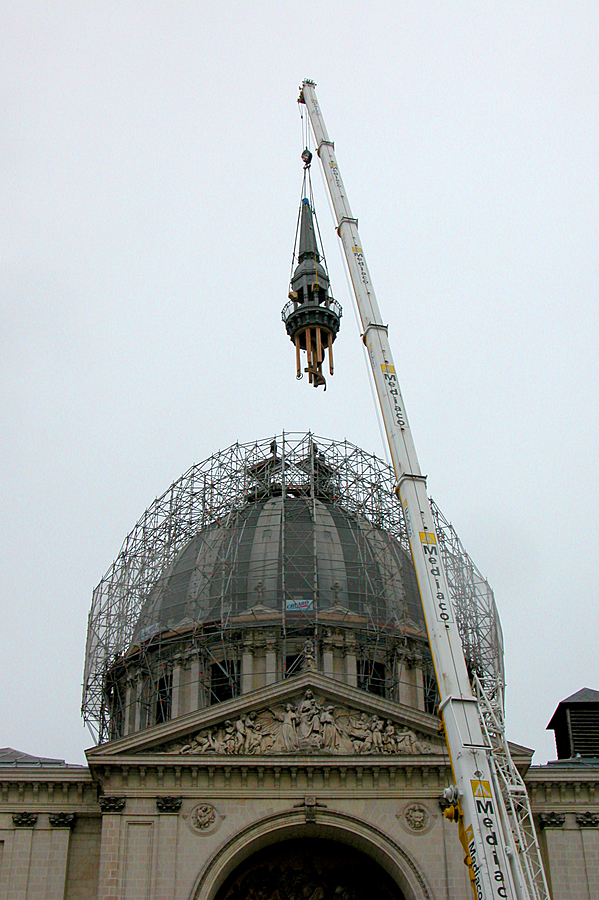 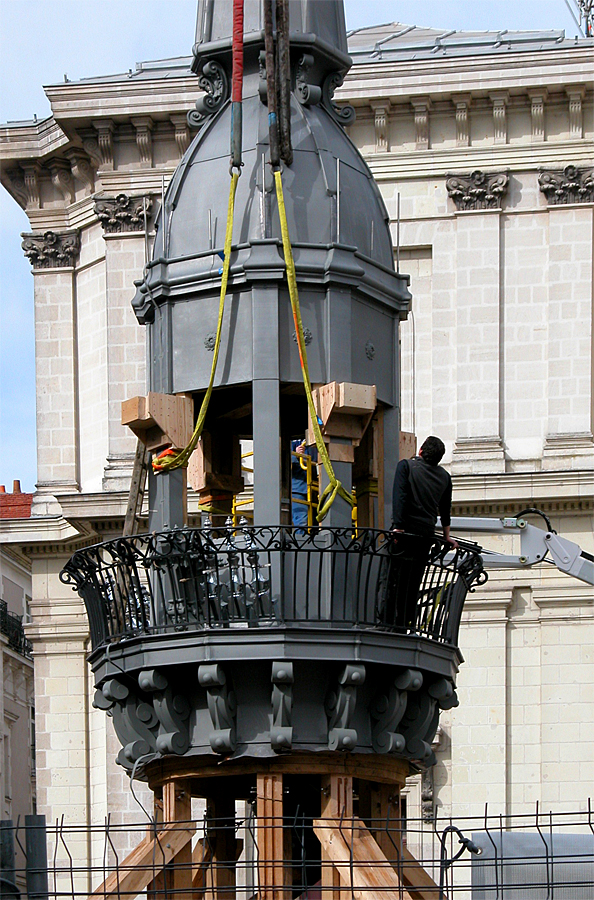 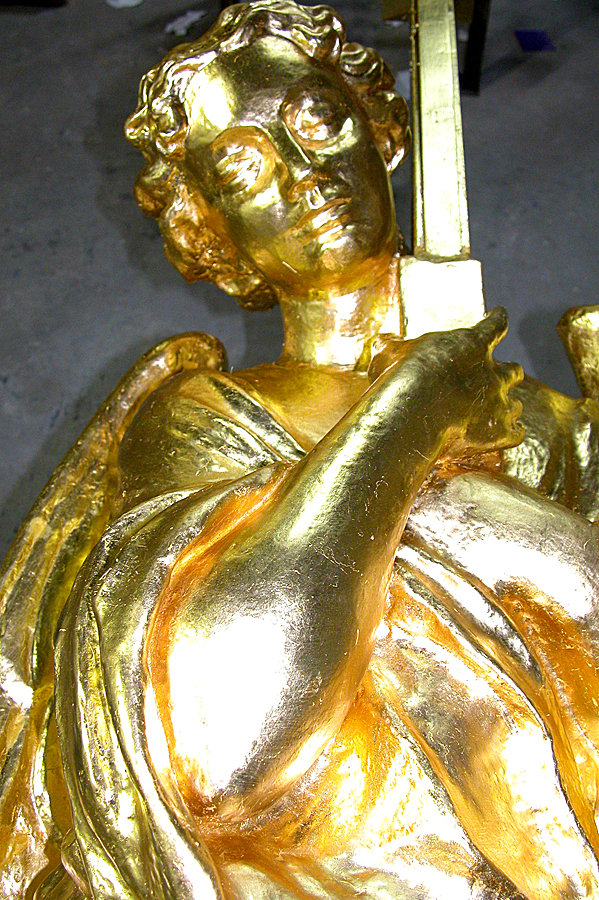 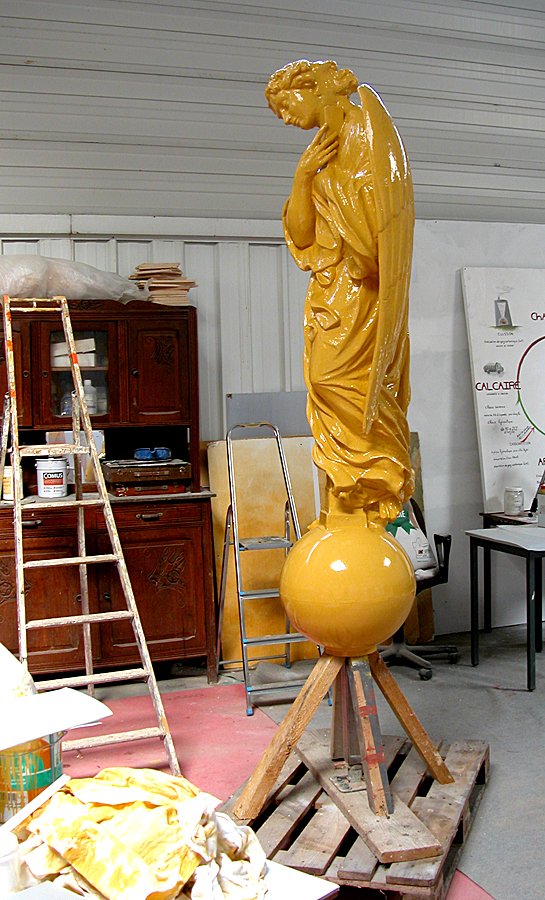 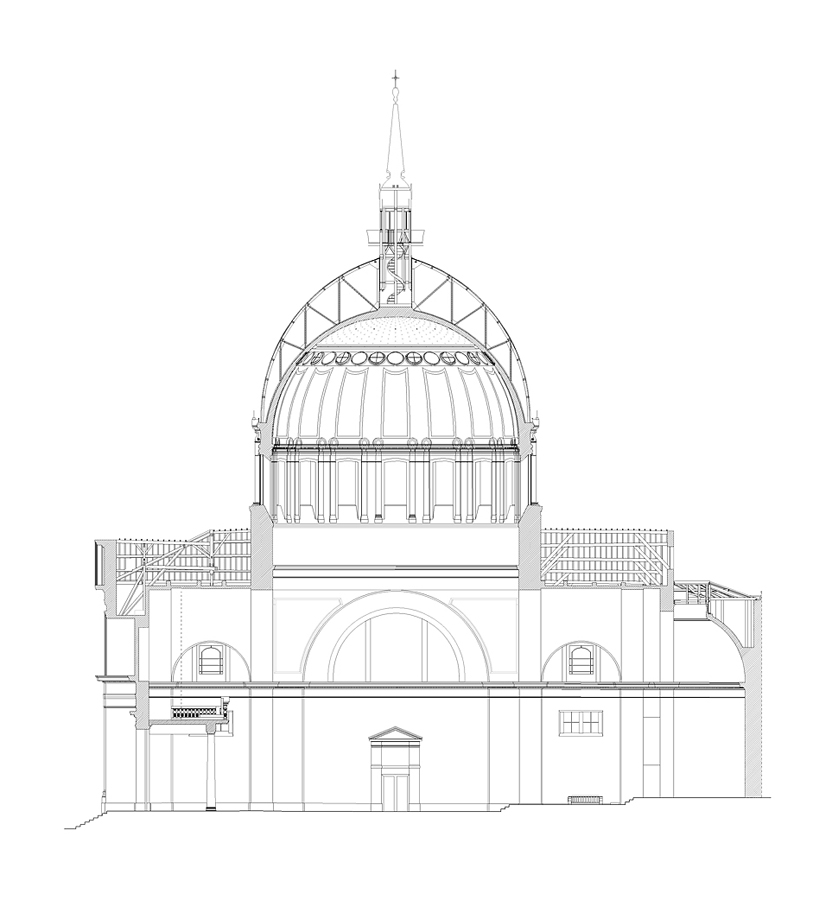 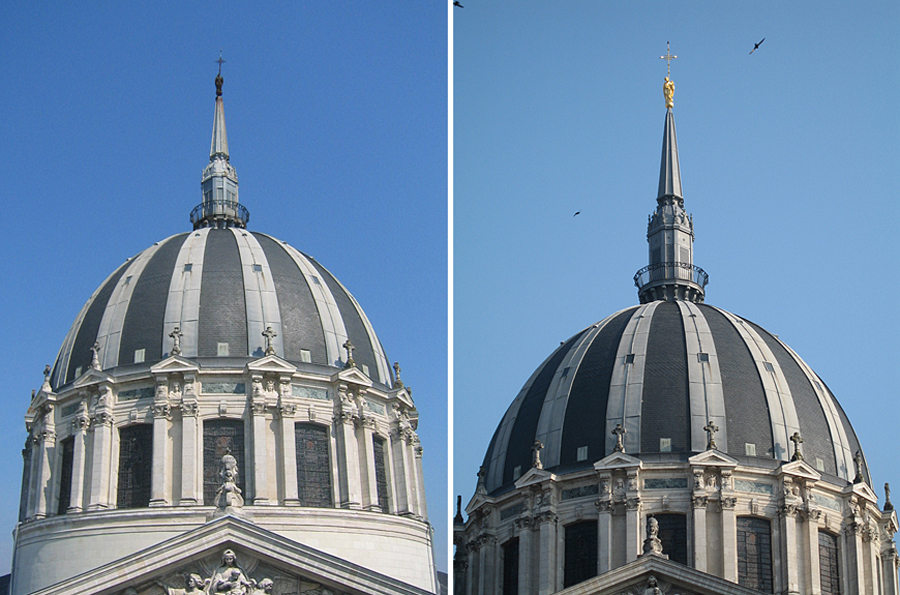 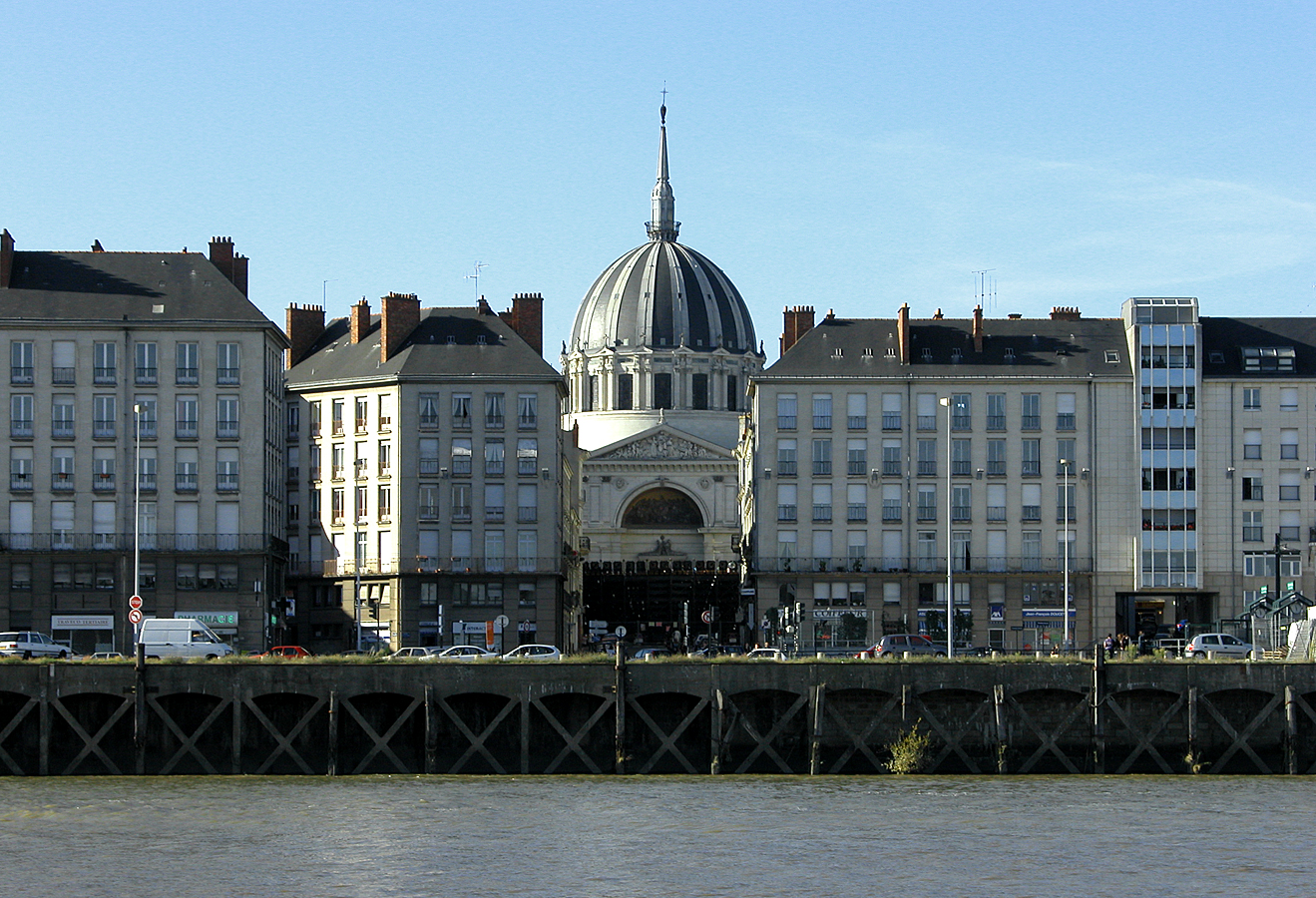 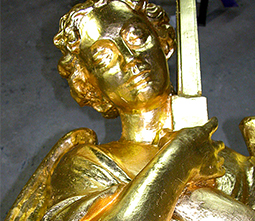 In 2004, following the City of Nantes request, C&B realizes a diagnosis leading to a list of construction work to accomplish on this important church dated from the 19th century. The most obvious trouble was the hazard coming from the top arrow which was no longer properly fixed.

Threatening to collapse, the arrow had to be taken apart quickly. Later the dome structure was restored, with the top arrow and its angel which recovered its native golden appearance.